It’s hard to believe that I started drawing comics 4 years ago (the actual anniversary was this past Saturday).  Sadly this last year produced much fewer comics than usual. I think the honest truth is that burned myself out a little. Drawing a weekly comic became more of a chore than something I actually looked forward to doing each week. That saddens me a bit. So here I am at the beginning of a new semester. A new academic year. Do I just stop drawing comics? Or do I try to reinvigorate the spark that got me excited to draw a strip each week.  I think that I was able to get a strip out today suggests that I’m not ready to call it quits. We’ll see what the coming weeks brings, but I think it’s time to just see where things go.  All I know is drawing today’s strip felt good. Happy Anniversary, Alternate University!

No Comments on The Greek Way of Life

Sometimes students are great at setting priorities… perhaps not the one’s their advisor would like, but priorities none-the-less. 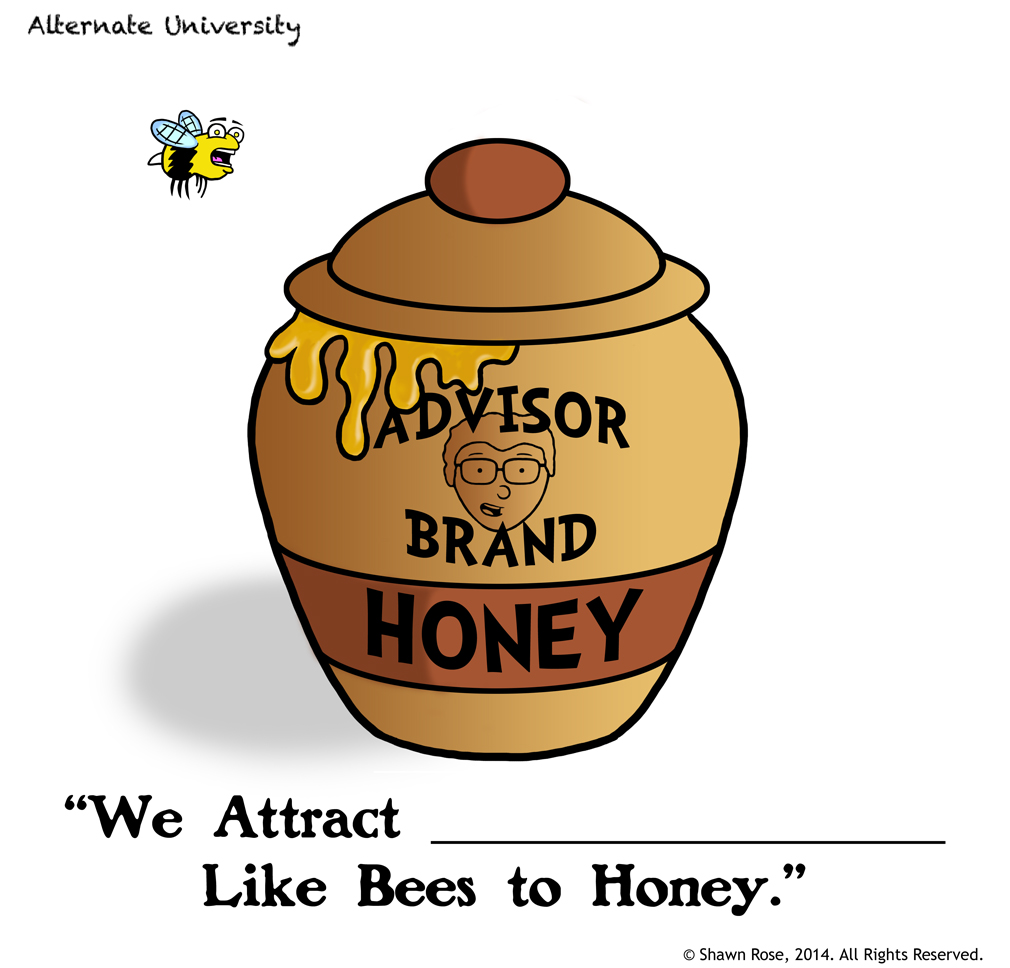 As advisors we have some strange things happen to us, and sometimes it feels like we’re a magnet for drama. I’ll admit…  I have something that goes in the blank.  While it’s hilarious in my mind, sometimes it’s better to filter yourself.  Sooooo, let’s have some fun with this.  Submit what you’d like to see fill in that blank.  Leave a comment here, send me a tweet (@shawnrose), or whatever.  I’ll pick my favorite response and update the comic (possibly adding some little details to the drawing if it’s warranted).  Let’s see what you’ve got!