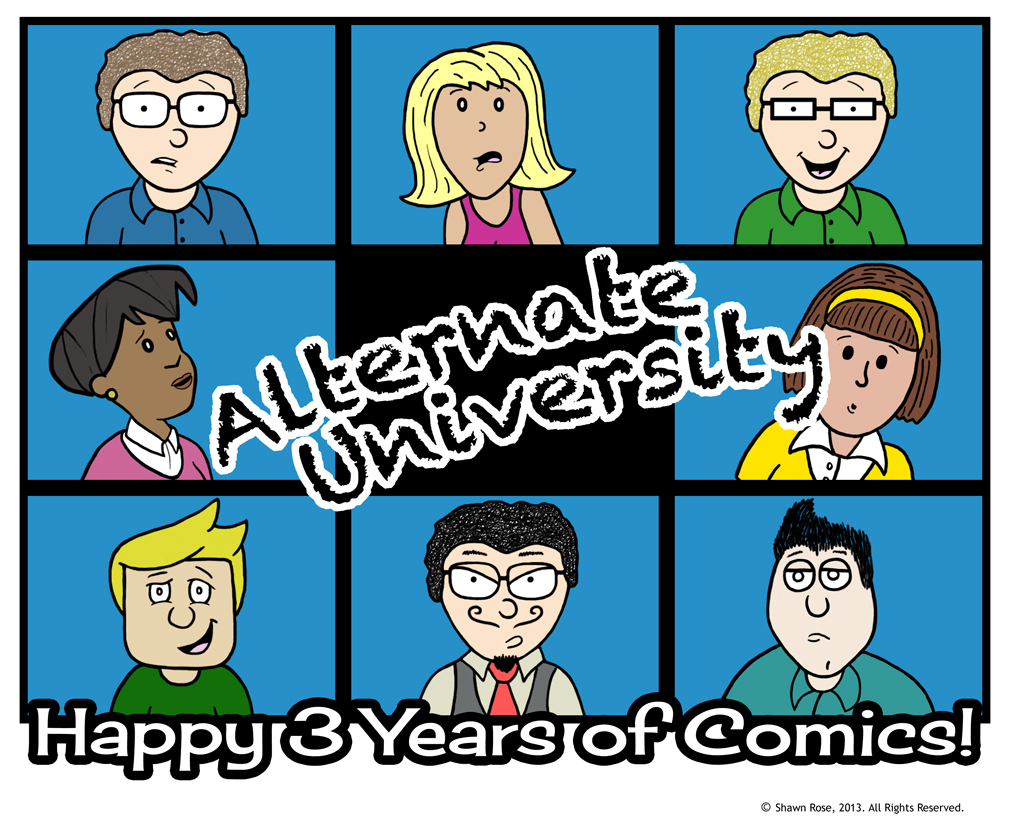 No Comments on One Dysfunctional Family

It’s hard to believe that it’s been three years since I started Alternate University.  It’s been great to see the readership slowly grow thanks to readers sharing the strip with others. Let’s hope there are many more comic strips to come.

I guess today’s comic really isn’t a comic per se, but I wanted to do something a little different for the three year anniversary.  This comic channels that classic “Brady Bunch” intro because this cast of characters is really like one goofy, messed up family (but aren’t all families that way really?). I’ve really grown attached to these characters, and I hope to tell some fun stories about them in the future.  Plus I like how this illustration captures the feeling a slightly awkward family photo.  I think the expressions really say a lot.

As a side note, I’ll be giving a presentation at the OACADA advising conference in September that will use Alternate University as a springboard for discussing issues in advising.  I’m really looking forward to it, and I think today’s illustration will work as a nice intro slide to the presentation.