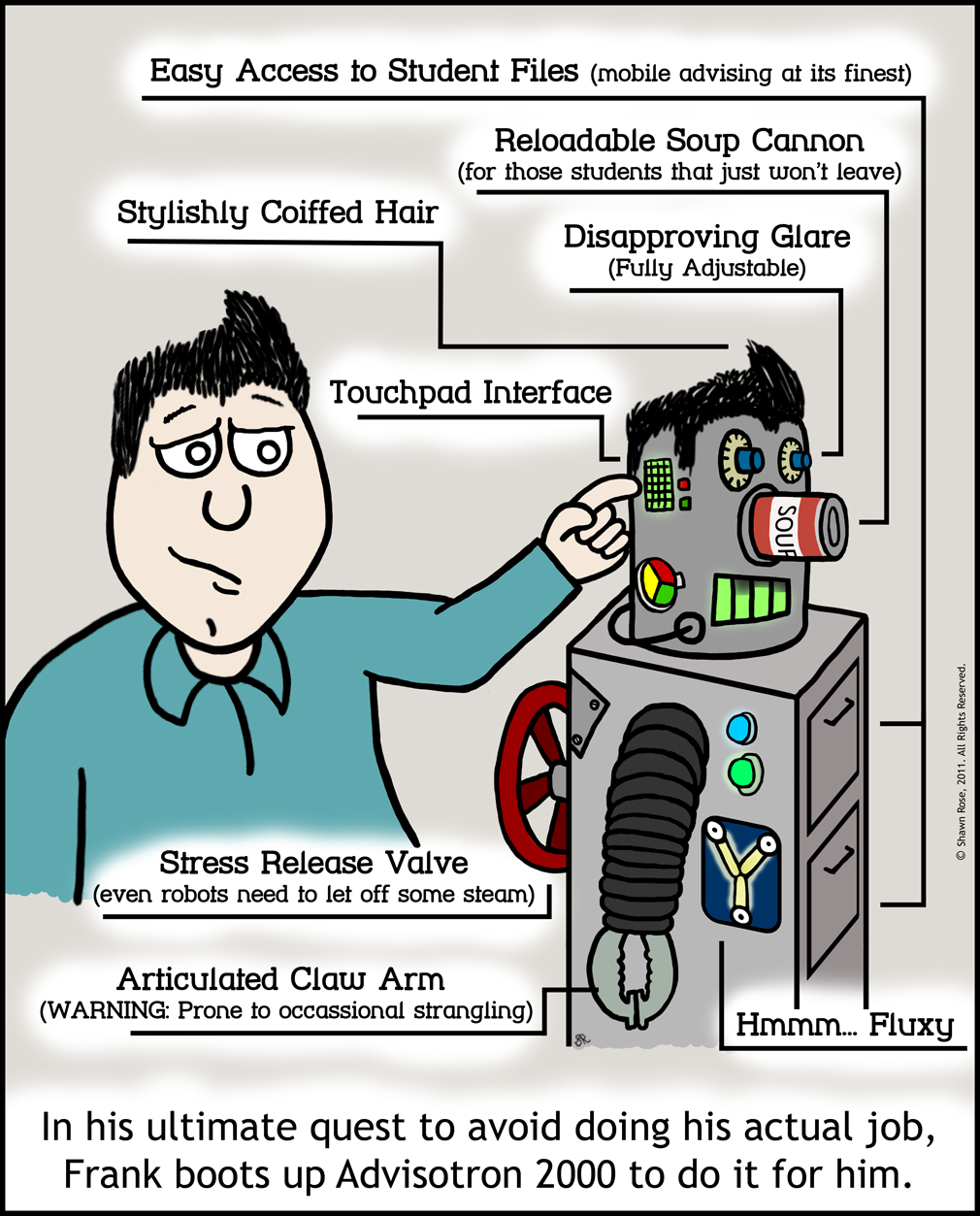 No Comments on Productivity

Man, it’s been over a month since the last update. Unfortunately, there won’t be a new comic today either, but I do have a filler cartoon for you that I did back in 2011(!), but at least there’s something posted for a change.  It was originally exclusive content on Facebook, but I figured posting 3 year old filler art is better than nothing… right?

Next week is my planned return to doing weekly comics on the site.  I feel bad for taking such a prolong and unannounced hiatus, but I think it was very good for me to take a break. I’m actually very excited to start putting out some new comic strips next week.  I even have a few series of comics that I have brewing right now.  Thanks for your patience, and hopefully you haven’t forgotten about us.