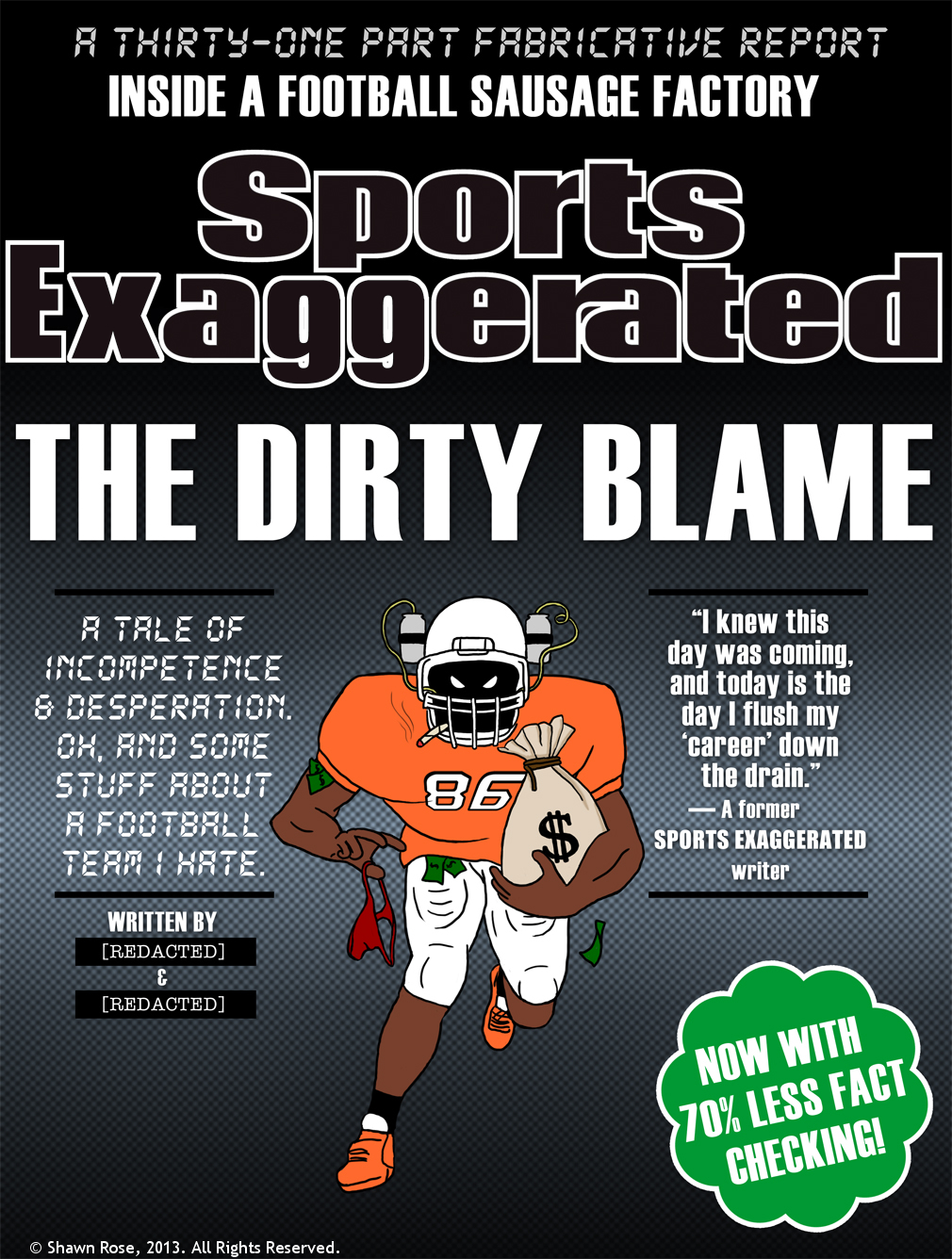 As you can clearly see, this isn’t your standard comic.  Today I’m addressing the Sports Illustrated expose focusing on the allegedly dirty and corrupt system surrounding Oklahoma State football.  In full disclosure, I work at Oklahoma State University, but even if I didn’t I would still be appalled at the lack of journalistic professionalism represented in this five part series.  Now, it would be naive to think that everything in the SI article is false.  I’m sure there are some nuggets of truth buried amongst all the rubbish.  However, the lack of concrete evidence presented, the use of dubious sources, missing citations and names, poor fact checking, and quotes taken out of context accumulate into a work of sensationalized and poorly constructed journalistic drivel. That doesn’t even take into account a co-writer that has consistently berated and criticized the school.  Numerous contradictions and errors are already being identified in the article, but that’s enough about that.

Today’s comic directly lampoons the SI cover of this story.  Given the expose’s focus on money, drugs, sex, and fraud, it only seemed right to create an image that addressed those very things… in a goofy way, of course.  Here is the actual cover for your referencing pleasure.

This is my favorite response by far! My former favorite was from when I showed a friend of mine the cover. He took one look at it and said “I too knew the 16th of September was coming.”