Characters will be added as the comic progresses. 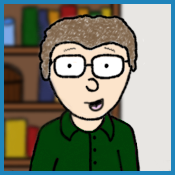 The Advisor: Even though he works as an university academic advisor, no one is actually sure they remember his name. He just kind of blends in and does what is asked. He’s fairly mild-mannered but has an affinity for the occasional costume. He sometimes wonders what his life would be like in an alternate universe. 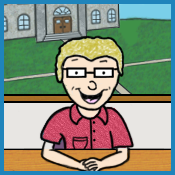 Alternate “Happy” Advisor: This alternate version of the advisor is a little too happy for his own good in a universe that takes things to the extremes. It’s unclear whether he just has an abnormally high tolerance for stupidity or if he is just really good at being sarcastic. Maybe it’s because he has an office with a window. 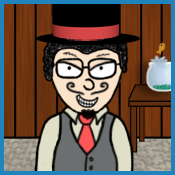 Alternate “Evil” Advisor: In an alternate universe, this version of the advisor seems to be channeling a Saturday morning cartoon villain. He hates being no-showed for appointments (but who doesn’t) and develops elaborate schemes to get this points across. Hobbies seem to be trains and animal training. 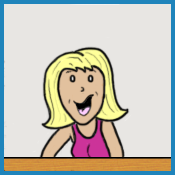 Britney: Some students just stand out. And Britney… well, she’s that student that has everything and nothing figured out at the same time. When she arrived on campus, you could tell she would be a handful. Ambitious and oblivious. Number 1 on the Advising’s Most Unwanted List. 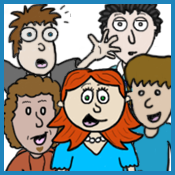 Students: Students are what make the world of advising so much fun and… interesting. 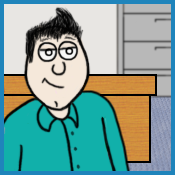 Frank: Frank is another advisor who works in the same office. He pretends to be a colleague but really views everyone as the competition. Competition in regards to what? No one’s really sure. He has plans. Big plans. Now if he could only take some initiative. 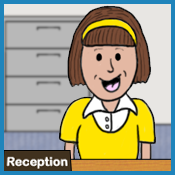 Carla: While she looks cute and cuddly, this receptionist just might have a darker side that we have yet to see. Many in the office believe it’s only a matter of time before she goes ballistic. There’s an office pool running if you want in… 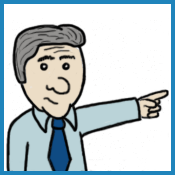 Admissions Rep: The bane of the advisor’s existence. Yeah, that about covers it. 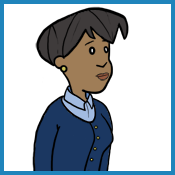 The Boss: She’s the director of the advising office, so she’s essentially the boss. She may look prim and proper on the outside, but she’s not afraid to tell you how things really are.